Decarb CBD vs RAW CBD? If you’re new to CBD this might be one of your top questions. The difference between raw CBD products and decarb (also referred to as decarboxylated CBD) is a bit of a science. It can be tricky to know what the benefits are of each, so here we break down how to tell the difference between the two, hopefully making it much easier for you to know which product option is the right for you.

Before picking out a favorite CBD oil, it’s rather important to have basic knowledge of the different compounds found in cannabis sativa. As their functions have a lot to do with the difference between decarb CBD vs raw CBD. 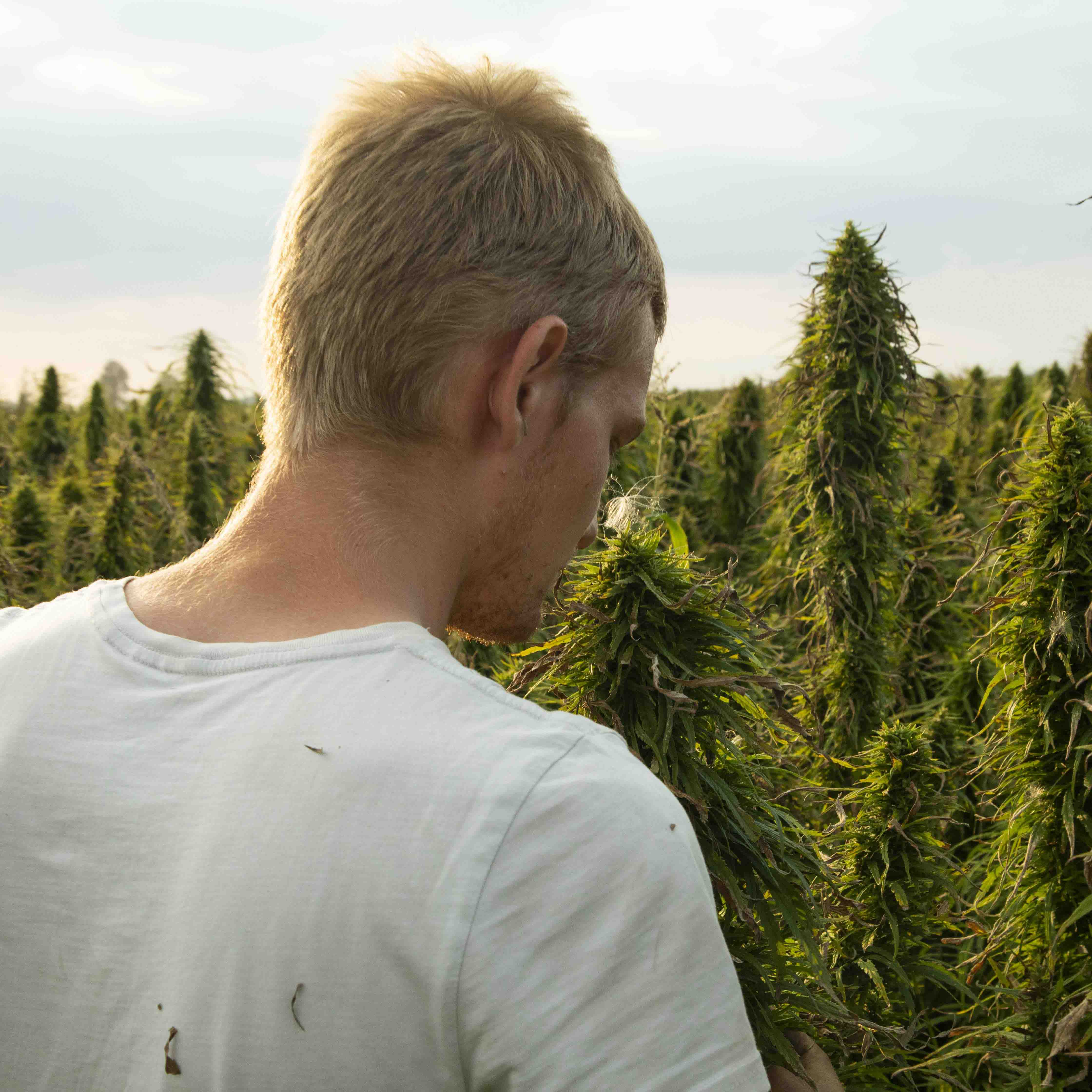 Cannabis sativa is a member of the botanical Cannabaceae plant family. There are many different strains of cannabis found in this species, including the hemp variety. There is often confusion as to whether hemp and cannabis are the same plants with the same properties.

Although they both come from the same plant family, they are differentiated by their amount of Tetrahydrocannabinol THC (which is a psychoactive compound). To clarify the difference, hemp describes a plant that contains 0.3-0.2 % THC, and cannabis (marijuana) is a word often used to describe plants that contain high amounts of THC, which is what gives it its psychoactive effect and causes the ‘high’.

Hemp just like everything else in our world is made up of compounds. Simply put, compounds are the building blocks of life, just like atoms and molecules. The compounds found in cannabis, in particular, are called cannabinoids which form the plant’s chemical structure.

When it comes to hemp there are over 80 cannabinoids, all with their own distinctive benefits and qualities. There are varying amounts of these cannabinoids found in each strain of cannabis, with some having more cannabidiol (CBD) and others having more THC.

Due to hemp’s dominant CBD content and low THC. It is widely used to create CBD products.

So, now we have the science bit out of the way, we can get down to what that means for you and your CBD products.

The Difference between Raw CBD or Decarb CBD

The decarboxylation process changes the chemical structure of compounds. Which is usually done via heating or drying raw hemp plant material or extract. The heating process of decarboxylation transforms acids into hydrocarbons –  for example, CBDa into CBD. CBDa which is found in raw hemp extracts is converted to CBD when heat is applied, making CBD the more dominant cannabinoid.

Hemp extracts in their raw state contain a range of acidic cannabinoids and minor cannabinoids that each have benefits of their own. If decarboxylation is not done correctly some of these beneficial cannabinoids can be lost. Decarbing raw hemp at lower temperatures can help preserve some of the trace compounds.

THC only becomes psychoactive when heate. THCa, THC’s acid precursor, is non-psychoactive. Only when heated it converts to THC. This often happens naturally with the sun when hemp plants are grown in the fields.

What Are the Benefits of Decarboxylation?

So, you may be wondering, why we decarboxylate in the lab? well, this comes down to changing the remaining acidic compounds, like CBDa into just CBD. Why? I might hear you ask, well that’s due to the popularity of CBD dominant products.

CBD dominant products have become popular in recent years due to anecdotal evidence that has popularised cannabidiol for therapeutic use. Hemp in its raw state has a broad profile of cannabinoids – acidic compounds, such as CBDa and minor cannabinoids including CBN and CBG, however, some users prefer the effects of more CBD.

While decarboxylation’s main purpose is to convert acidic compounds into non-acidic compounds – it is also thought that this process makes cannabinoids more accessible to the body, making them easier to absorb. 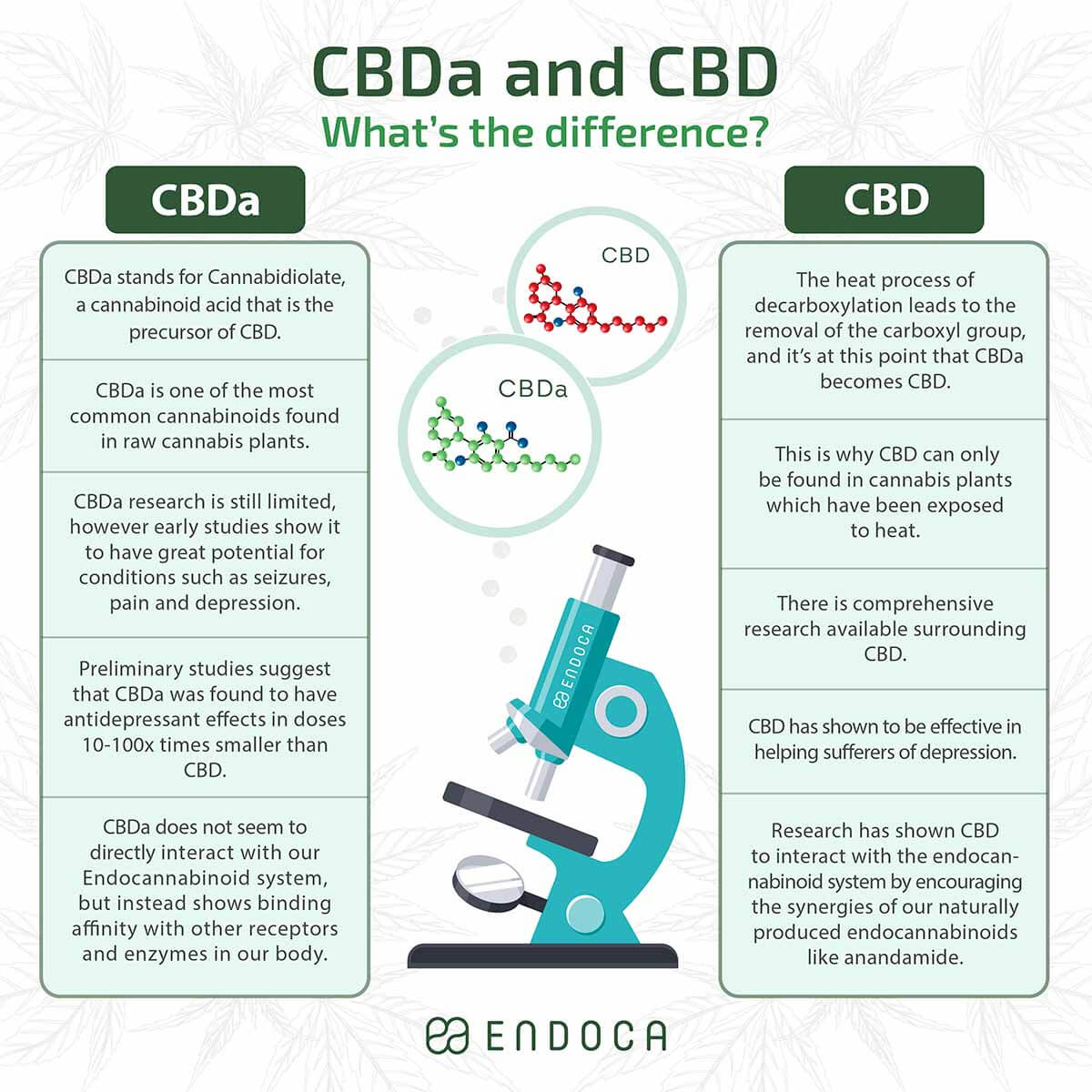 What is Raw CBD?

Raw indicates that there are still acidic compounds left intact in the hemp extract. Raw CBD products remain close to the original plant and haven’t been changed through the curing and heating process of decarboxylation. That means that cannabinoid acids, minor cannabinoids, and other plant properties are still present.

Using methods such as CO2 extraction; raw extract is created using natural hemp plant material. This method extracts an entourage of compounds from raw plant material without the use of chemicals. Leaving you with CBDa and CBD intact.

Not only does this preserve CBDa, but it also preserves a wide array of cannabinoids, terpenes and trace compounds that are all known to have potential health benefits. In other words, raw CBD products have a larger spectrum of cannabinoids than the decarb product.

Raw CBD vs Decarb CBD – Which is better?

The time has come for the big finale, but unlike most other finales, we are in the fortunate situation of having two winners. As it turns out, it all comes down to your personal preference. 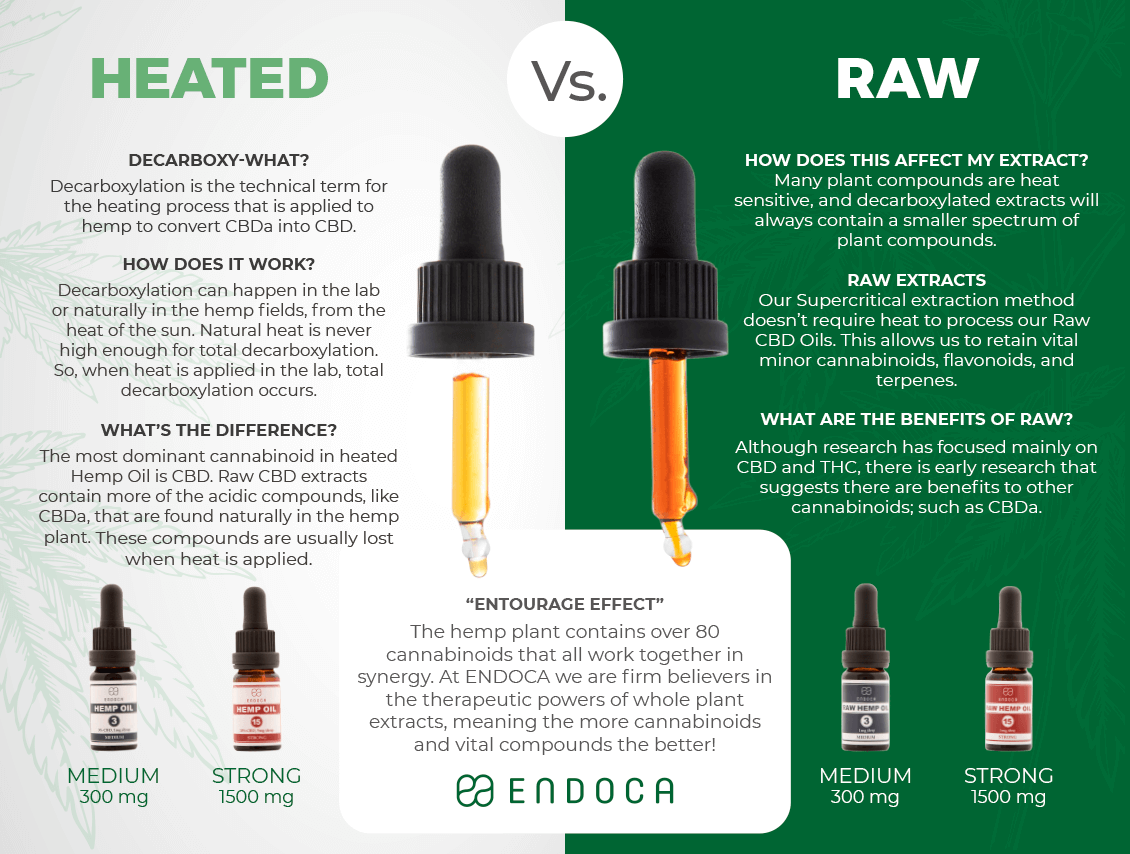 Raw CBD allows you to access a wider variety of compounds and cofactors. These include terpenes, minor cannabinoids and acidic cannabinoids including – CBDa; elements that are otherwise broken down during the heating process.

Decarb is specifically high in CBD, this is due to a heating process called decarboxylation, which makes CBD the more dominant compound. It is thought that the decarboxylation process makes CBD more bioavailable to your body making it easier to absorb.

Some users choose raw CBD for its mild stimulating effects, while others use decarb CBD for its relaxing properties. The effects of raw CBD vs decarb CBD, described by users are extremely varied. So when it comes to defining the effects of either it all comes down to how your body reacts. Everyone’s endocannabinoid system is different, so using decarb or raw formulas is not always the same for everyone.

Beginners should start out with a low dose and slowly increase until they find an amount that gives them their desired results. This should always be based on how you feel after taking a CBD product and should be monitored to see if doses can be increased or decreased.

If you need further help choosing raw CBD vs decarb CBD products, don’t hesitate to contact our Customer Care team in the chat box in the right hand corner.

Jada Lynton is Content Manager at Endoca. She’s passionate about wellness and holistic health and is dedicated to producing cannabis education and wellness content that’s informative and accessible to all–whether you're a CBD expert or a newcomer. After a personal experience taking CBD for better health, she now continues to help spread the word about the effects of cannabis and cannabinoids.