As the world of CBD continues to expand, so does its formulas to fit the needs of wellness lovers who need different requirements. You might have seen words like CBD isolate, full-spectrum, and broad-spectrum on your CBD product packaging and thought ‘what does that even mean?’ While you might be familiar with CBD oil and CBD capsules, in this post we’re tackling the tricky but not completely complicated world of CBD formulas.

In this article we will cover:

So let’s dive in.

First, it’s important to know that CBD – also known as cannabidiol, is one of many cannabinoid compounds found in the hemp plant, that can be extracted and used to make CBD products.

The two most well known of all the cannabinoids are cannabidiol and (CBD) and Tetrahydrocannabinol (THC), but there are many others, including CBG, CBN, and CBDa,  that have their own effects.

To know more about CBD isolate vs full spectrum, we first have to clarify what CBD and cannabinoids are. 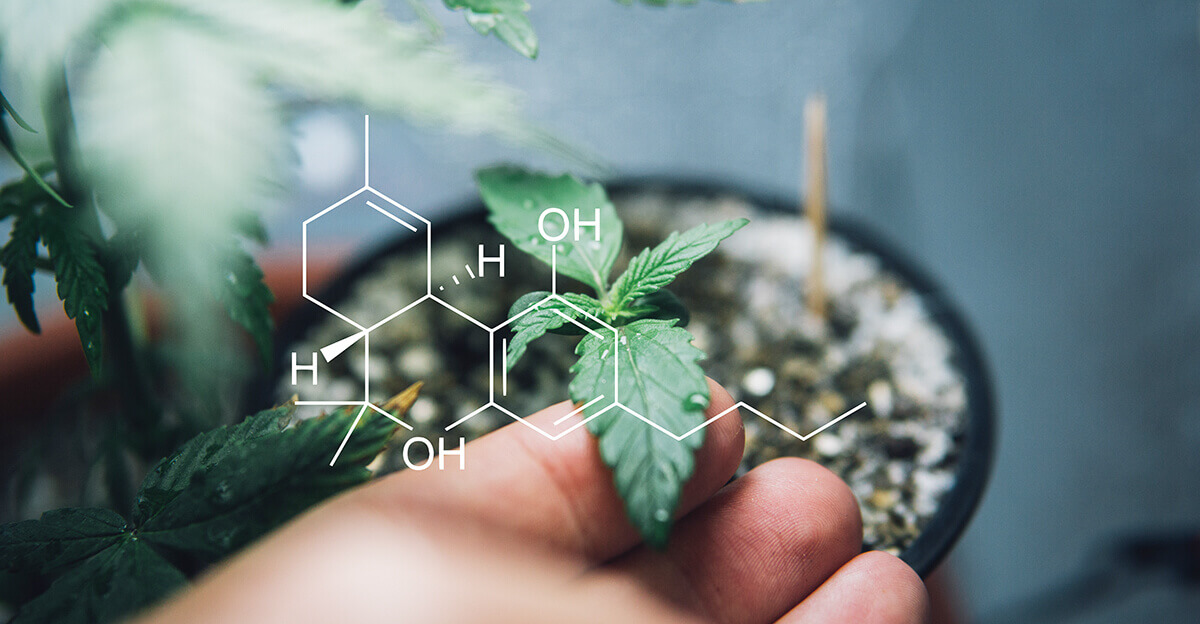 A cannabinoid is simply a molecule that is specific to the hemp plant. A compound is just another way to say a molecule or chemical that makes up the plant’s chemical structure.

When stimulated, this system is responsible for regulating a number of very important bodily functions that help you stay healthy, which includes sleep, pain response, immunity, and mood.

How do cannabinoids work?

Different CBD product formulas contain a varied spectrum of cannabinoids, which have been developed to accommodate certain customers’ needs.

That’s where products such as CBD isolate, broad-spectrum, and full-spectrum come in.

Next, we’ll take a look at the main difference between CBD isolate vs full-spectrum CBD so you can choose the best formula for you.

What Is CBD Isolate? 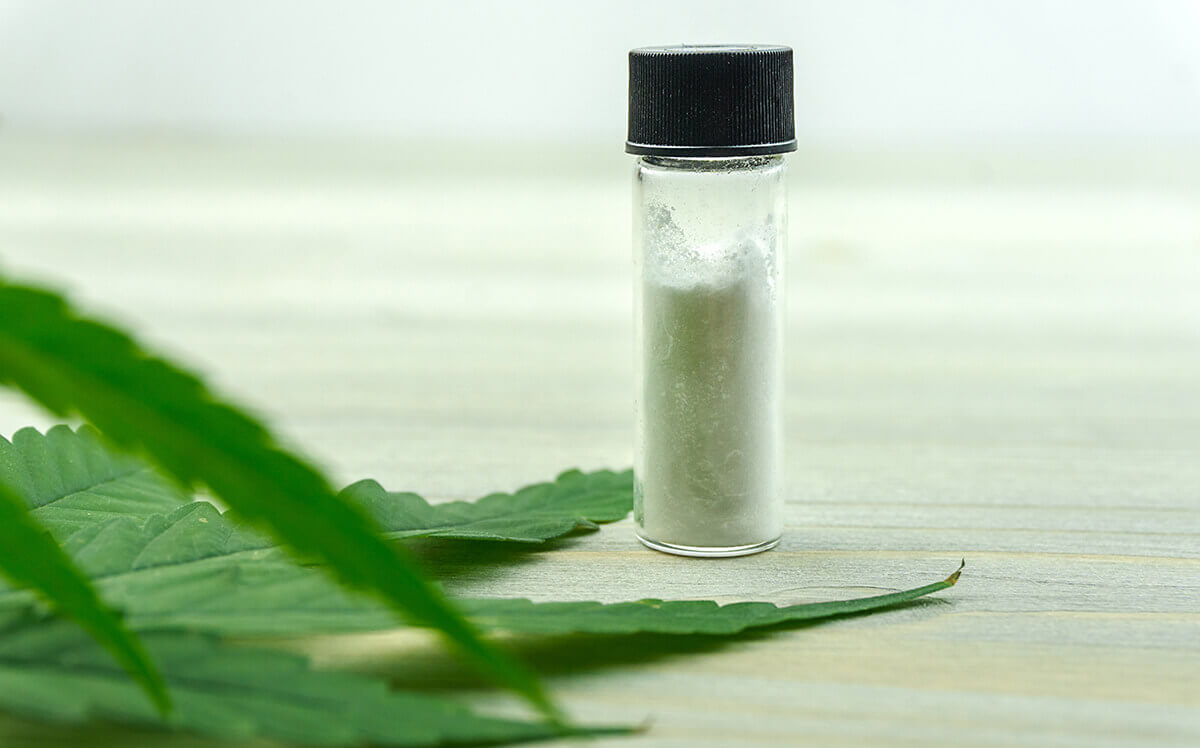 CBD isolate is known as the purest form of CBD, and only contains the isolated CBD compound. Through a process called chromatography, different cannabinoids are filtered and removed from hemp extracts, leaving behind a white crystal powder that has had all the plant properties removed. Its final crystallized form also gives it the name CBD crystals.

Still, wondering how CBD isolate is made? you may also like to read What is CBD isolate?

One of the main benefits of CBD isolate is that it’s THC free. Certain customers that want to take CBD without THC, can take CBD Isolate because it only contains CBD and all the other cannabinoids have been removed, including THC.

THC is most commonly known for its psychoactive effects, which is what causes the ‘high’ feeling in cannabis. Hemp extracts only contain trace amounts of THC at 0.2%, but this can still be detectable for those who need to take routine drug testing.

A THC free way of taking CBD is most beneficial to those who work jobs that require routine drug testing. Jobs such as government workers, teachers, army personnel, and police officers are regularly subjected to drug testing throughout their careers.

While the risk of testing positive for cannabis is low if CBD extracts are made from hemp, there is still a chance trace amounts could be detected and show a positive result.

Can CBD isolate be full-spectrum?

By definition, CBD isolate is pure CBD, which contains no other cannabinoids. The term full-spectrum refers to a formula that has a wide range of cannabinoids present at a time. CBD Isolate can never be full-spectrum.

What are the benefits of CBD isolate?

For many, the idea of having just CBD in their product is the best option,  as it’s free from THC. Some users also like the benefit of only having CBD on its own, without CBN, CBG, or the other cannabinoids that are present in the plant.

What Is Full-Spectrum CBD Oil? 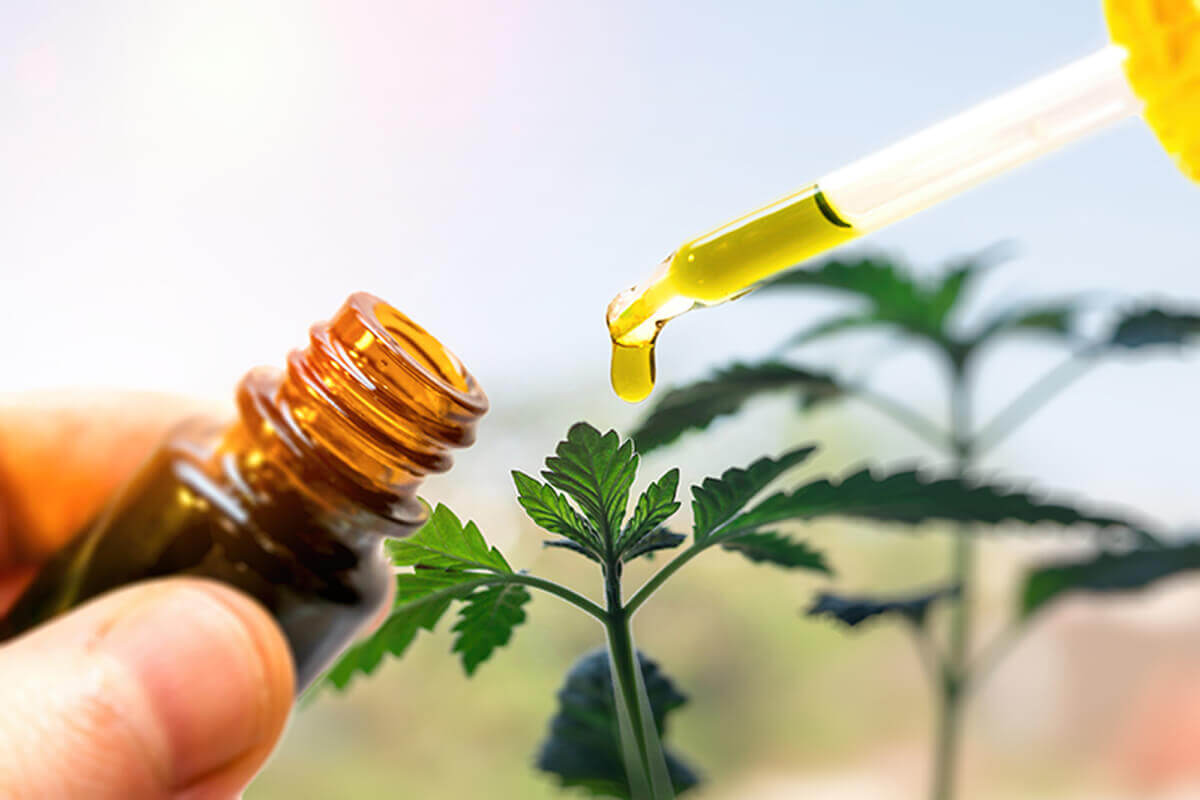 Which means it’s as close to the natural plant as you can get. Multiple cannabinoids all work together in synergy with one another, in what’s known as the ‘entourage effect.’ This enhancing effect makes the benefits of each cannabinoid stronger.

What does Full-spectrum mean?

It also contains many of the plant properties such as plant waxes, terpenes, and flavonoids, which gives hemp its distinctive smell and taste. This is often why full-spectrum extracts tend to be darker in color and have a hempy smell because they still have the plant properties left in.

Does full-spectrum CBD have THC?

As full-spectrum CBD oil is the closest to the original hemp plant, it does contain THC. Hemp is classified as cannabis plants that have less than 0.2% THC. Full-spectrum hemp extracts maintain this trace amount of THC.

What is broad-spectrum CBD? 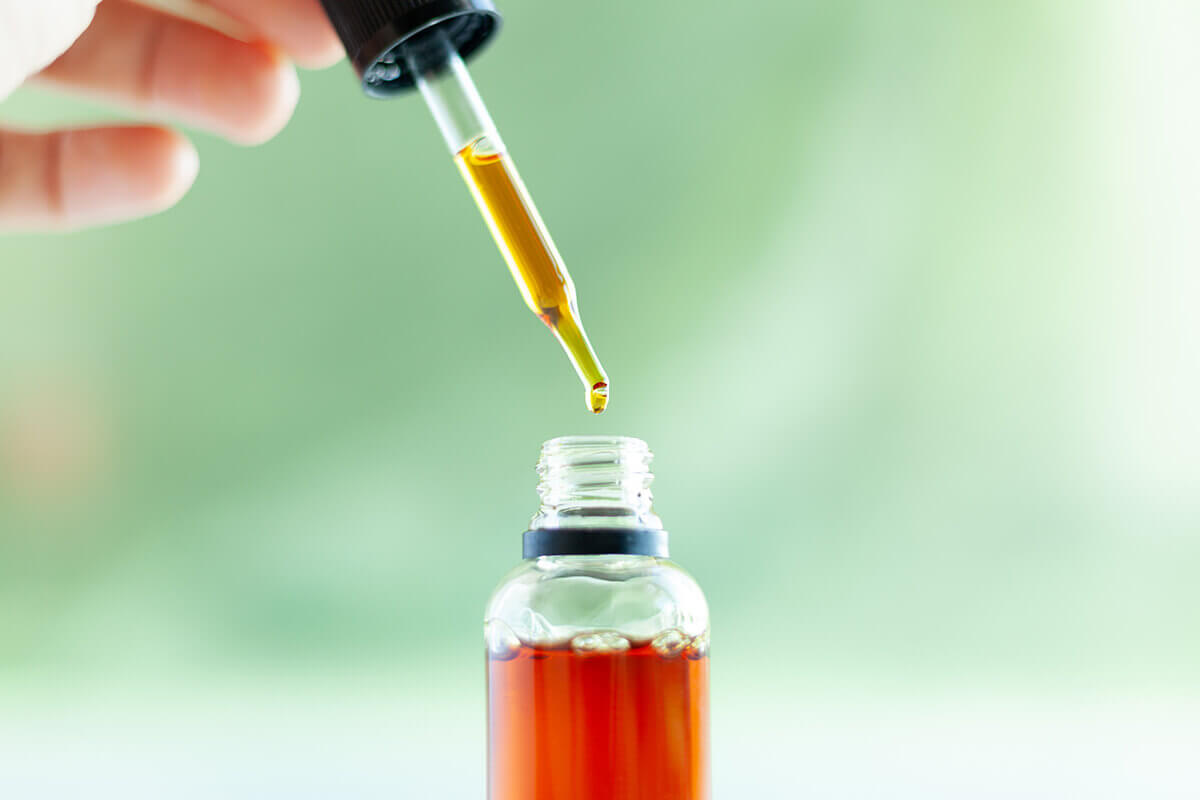 What does broad-spectrum CBD oil mean?

Broad-spectrum means hemp extracts have been filtered to create a cannabinoid profile that is free from THC. Some users prefer the benefits of the full-spectrum where all cannabinoids work in synergy to boost their effects. But prefer to take it without worrying about traces of THC.

This may seem like the ultimate solution formula, as it has more cannabinoids and zero THC. But in order to remove THC from hemp extracts, other cannabinoids can be lost in the filtration process.

They can be reintroduced once THC is removed. But this can mean some of the original plant’s beneficial minor cannabinoids and other properties can be lost.

Even though THC is only present in small amounts in hemp, it does form part of the entourage effect and has benefits of its own, aside from the high.

Can broad-spectrum CBD have THC?

Broad-spectrum was created to offer a broad profile of cannabinoids without THC. The extraction process to make broad-spectrum filtered out all traces of THC. This makes it a less risky option if drug testing is required, but is not completely without risk.

Clear labeling is key to determining what type of CBD formula you are taking. Most packaging should have broad-spectrum, full-spectrum or CBD isolate on the label. If it doesn’t, here’s what to look out for. 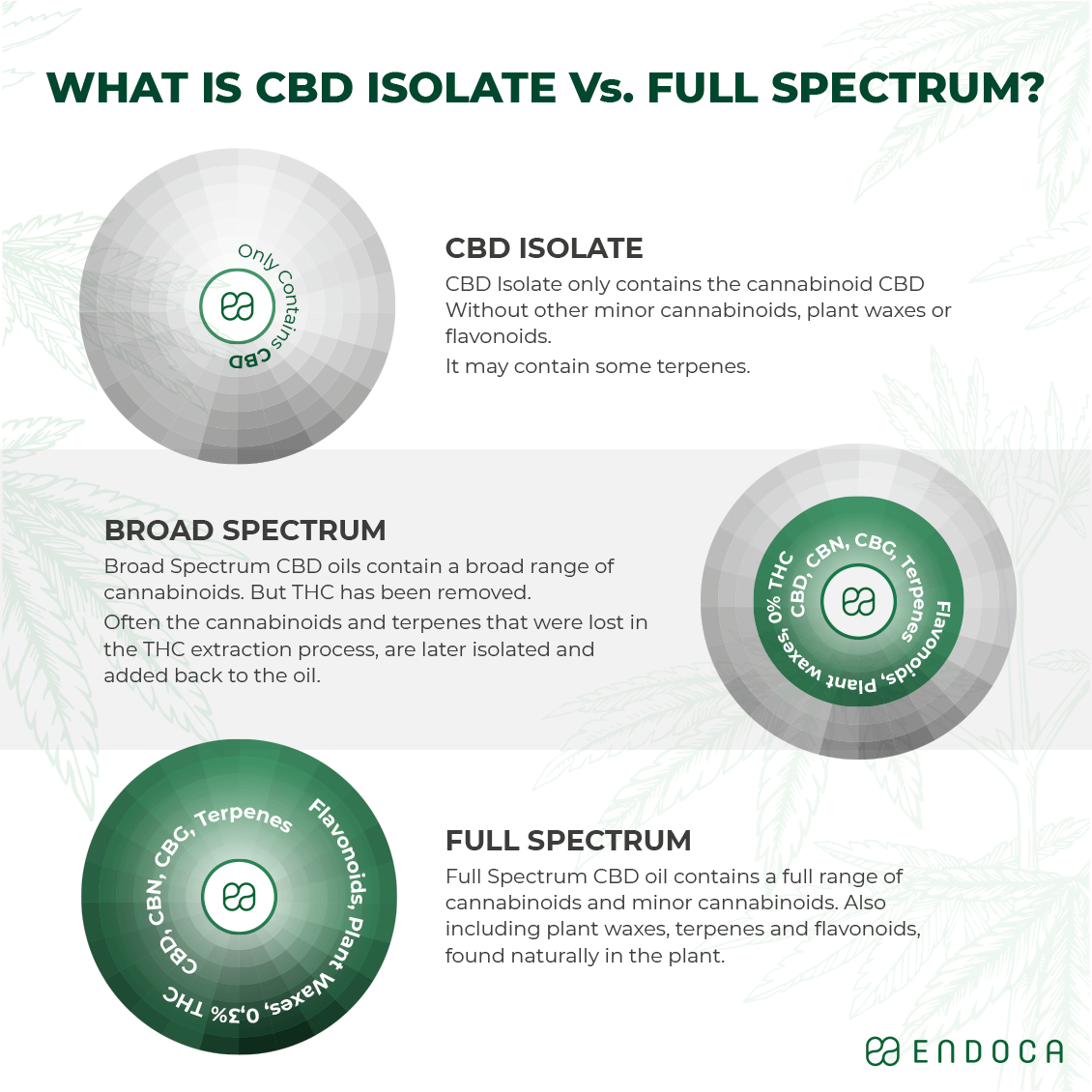 What spectrum of cannabinoids is best? CBD Isolate vs Full Spectrum CBD

When it comes to CBD isolate vs full-spectrum the main deciding factor is whether you can take trace amounts of THC. Formulas that have had THC removed enable users that can’t take THC, for drug testing, to still benefit from taking CBD.

Let’s weigh up the pros and cons of each. 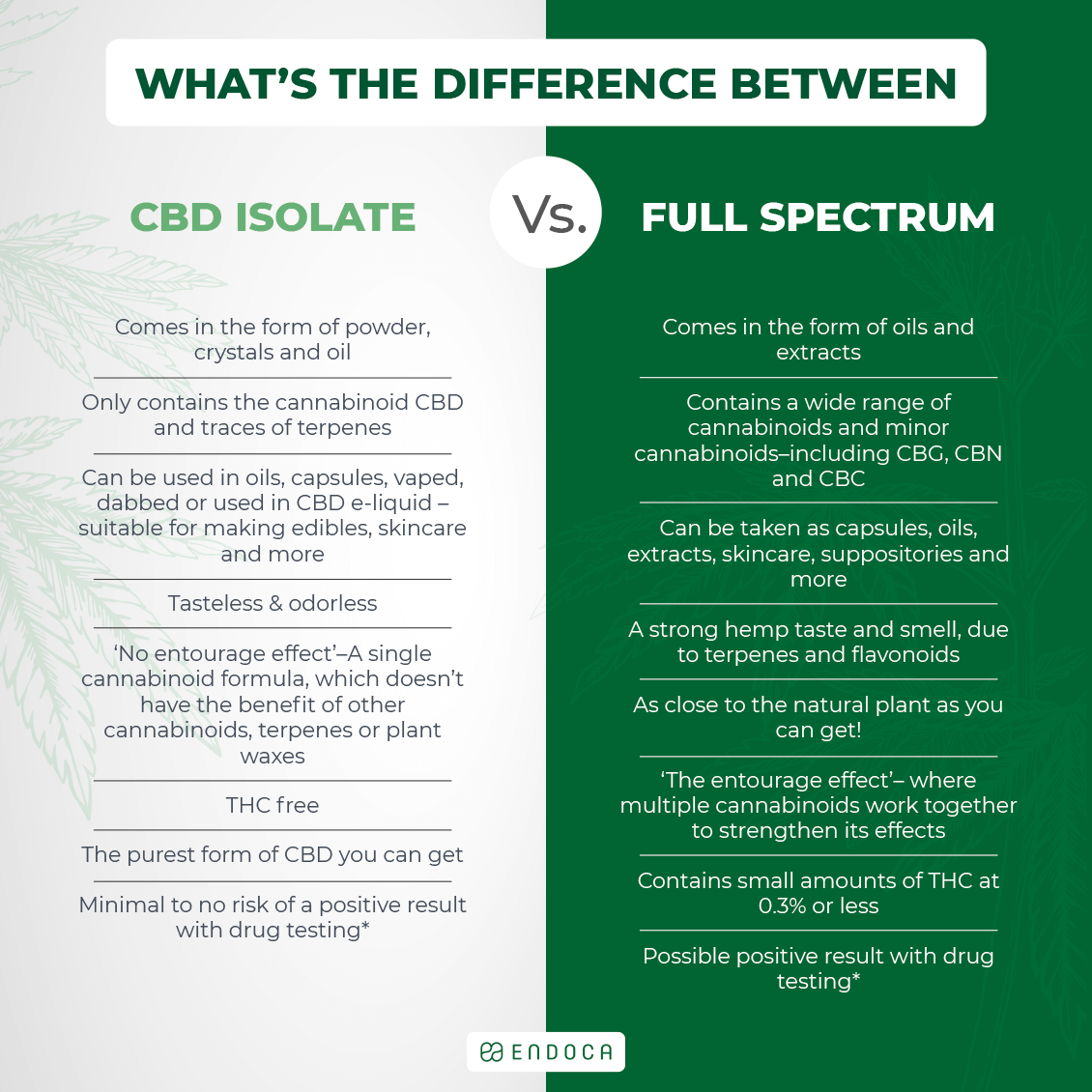 As the CBD market grows there are more and more options available to meet users’ specific needs. THC free products are a popular alternative for those that need to take drug tests.

There are three main types of CBD oil formulas. Full-spectrum contains all the cannabinoids present in the plant including traces of THC (0.2%). While broad-spectrum CBD and CBD isolate have had THC removed.

If you are unable to take full-spectrum products with trace amounts of THC, CBD isolate and broad-spectrum are alternatives. Always do your research before you decide to take CBD products, to make sure you are making the best choice for you especially if you are subject to drug testing, some products have less risk than others but all should be taken with caution even with trace amounts.

« The difference between CBD vs THC- All you need to know

Jada Lynton is Content Manager at Endoca. She’s passionate about wellness and holistic health and is dedicated to producing cannabis education and wellness content that’s informative and accessible to all–whether you're a CBD expert or a newcomer. After a personal experience taking CBD for better health, she now continues to help spread the word about the effects of cannabis and cannabinoids.