Double reward points for a limited time only!

What are the benefits of terpenes in CBD oil?

The distinctive smell of cannabis is instantly recognizable. But what gives the plant its undeniable aroma? Often extracted and isolated for their fragrance, the benefits of terpenes are used in perfumery and aromatherapy for their mood-enhancing effects.

Terpenes are responsible for the way the cannabis plant smells and tastes. While most people by now are aware of the many beneficial properties of hemp and cannabinoids– such as CBD (cannabidiol). There are other cofactors like terpenes that also affect how it works.

This can lead to confusion when it comes to selecting your CBD products. While scanning the ingredient list on CBD packaging, you may see additional words like terpenes and flavonoids, amongst other extras.

Though they may not be the main active ingredients in CBD oil, it’s still good to know what they are and if they also have beneficial properties.

In this article, we’ll explain what terpenes are and why having them in your CBD oil could be a deciding factor when choosing your product. We’ll cover:

What do terpenes do?

What are the benefits of terpenes?

Do terpenes make you high?

First things first, let’s define what terpenes exactly are. Terpenes are organic hydrocarbons that give hemp its distinctive smell and flavor.

Found mainly in unfertilized hemp plants, their main purpose is as natural protection against bacteria, fungus, pests, and predators while attracting pollinators for fertilization during the growth phase.

There are over 100 different types of terpenes found in the hemp plant– which is why each strain has its own unique smell. Mainly found in the flowers of female cannabis plants, terpenes are created by the same trichome glands that create cannabinoids.

Terpenes are more present in the raw plant, while terpenoids are molecules that have been denatured, which occurs in the drying and curing process, where oxidation causes them to turn into terpenes.

The levels in which terpenes are found in each strain depends on the environment they have been cultivated in.

What do terpenes do?

Similar to cannabinoids, terpenes also interact with neurotransmitters in the body, by working with key mood-regulating hormones, including serotonin, dopamine, and norepinephrine, their effects help relieve stress and enhance mood.

Do terpenes make you high?

Terpenes don’t have any high inducing effects and won’t make you high, they are thought to interact with the cannabinoid Tetrahydrocannabinol (THC), to reduce its psychoactive side effects.

Terpenes also work as part of the ‘entourage effect’ which is the plant’s natural way of regulating itself. This synergistic process affects the way each compound interacts and is known to enhance the effects of the plant.

What are the benefits of terpenes

Not only do terpenes ignite your sense of smell they’re also key in giving plants their aromatherapeutic properties. Each terpene has its own individual qualities.

Here are some of the benefits of the most common terpenes found in hemp.

No surprise with this one–it smells like lemons and is also found in the rind of citrus fruit. Known for its anti-anxiety and stress-relieving properties, it helps lift mood and ease stress.

A spicy, woody aroma also found in cloves and cinnamon. Similar to cannabinoids it’s also thought to work with the endocannabinoid system and promote calm and relaxation.

One of the most common terpenes found in all the plant kingdom. Pinene is also found in pine needles, rosemary, and basil. Its properties are stimulating and it helps with alertness, focus, concentration, and memory, additionally it’s thought to be an active component in the entourage effect to lessen the side effects of THC.

Terpenes are responsible for the way plants and fruit smell. Each terpene has its own beneficial properties that work in synergy with the cannabinoids found in hemp, in a process called the ‘entourage effect’.

Terpenes are not the same as cannabinoids, however, some terpenes do interact with the endocannabinoid system and can help to promote calm, relaxation, and boost mood similar to CBD.

So, while terpenes might not be the key active ingredient in CBD oil choosing a CBD product with terpenes, could give you the added benefits of accessing the synergy of the entourage effect, as nature intended. 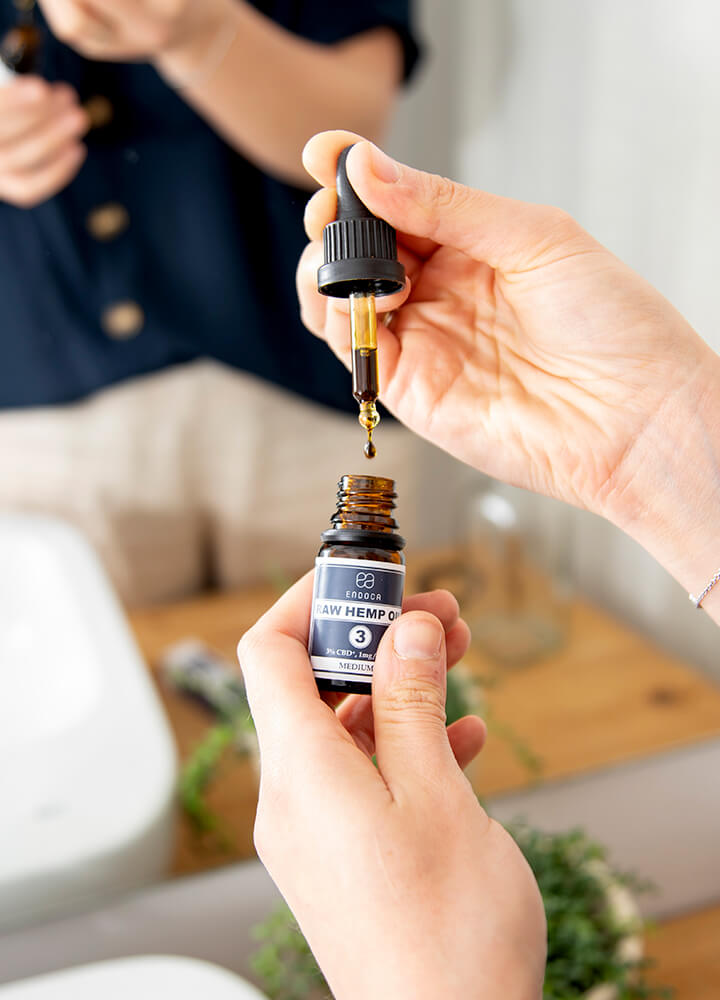